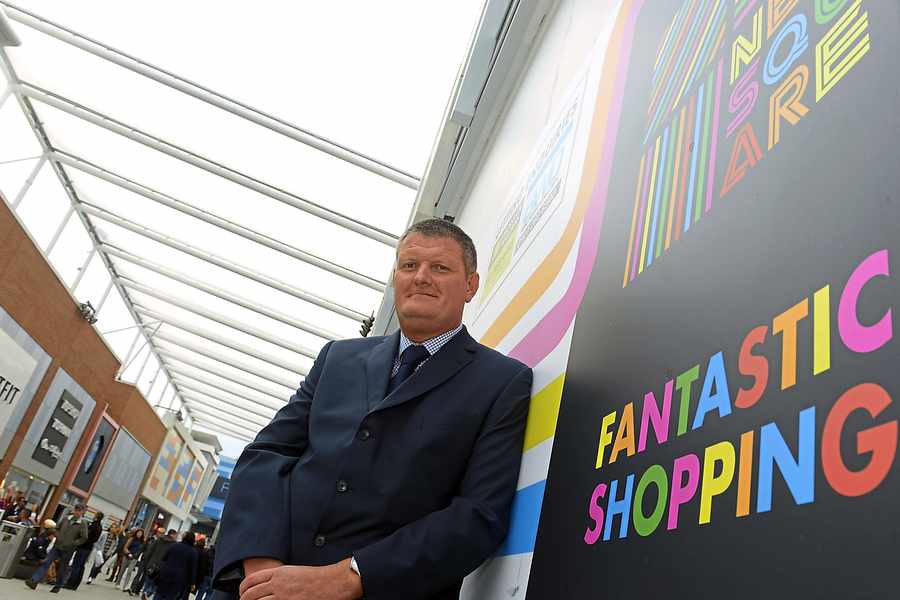 It has changed the face of a Black Country town by transforming a rundown site into a vibrant shopping venue which attracts millions of visitors.

New Square in West Bromwich will celebrate its first anniversary on July 11.

And the glittering shopping

complex, with its parade of well-known stores and restaurants, is a far cry from stood on the site before.

A dilapidated B&Q store and the town’s former police station were among the buildings demolished to make way for the 473,000sq ft development.

It has created 2,000 jobs in the town and has recorded increased footfall month-on-month with a high of 495,000 in May.

Bosses said 85 per cent of the floor space has been let with a further four tenants expected in the coming months.

Officials said 14 stores had opened since July last year with the Post Office and Lloyds Pharmacy the latest to begin trading.

Toy store the Entertainer will be opening a branch at the centre in the first week of August.

Centre Manager, Steve Burr said: “We are extremely happy with footfall and the way the centre is trading, with more new stores coming soon we look forward to seeing the centre continue to grow over the coming months.

“New Square has been a bit hit with the people of West Bromwich, who see it as a place to relax, meet friends and socialise.

“A big part of our success is the strength of brands, they are clearly what people want and we will continue to attract big household names to the area.

“New Square has brought another dimension to the heart of West Bromwich and shoppers have more choice than ever.”

and cinema, family events have also been staged at the venue.

Activities in the past year include a children’s petting zoo, Ranger Rob and his creepy crawly friends, Father Christmas and his reindeer and a climbing wall.

The Caribbean carnival which will begin on July 11, will include entertainment by calypso bands, colourful carnival dancers, tasty Caribbean food and limbo-dancing workshops.

The latest figures repeat earlier successes for the centre such as more than 100,000 shoppers visiting over the festive period.

Bosses welcomed the centre’s one millionth customer in October and the two millionth in December.

The centre was completed in two phases.

On its opening day last year, shoppers queued up to be among the first to get a glimpse of the new shopping centre. Hundreds of people arrived early for the occasion with Tesco Extra the first store to open its doors at 8am. It was followed by JD Sports, Outfit, Deichmann and Phones4U.

The first shopper to use the centre was John Imm, from West Bromwich, who was invited to cut the ribbon at the new Tesco.

Mr Imm, from Kiniths Crescent, who was celebrating his 88th birthday today was nominated by his family to open the store.

A balloon release was being performed by West Bromwich Albion legend Cyrille Regis to mark the opening of the new site.

Sandwell Council leader Councillor Darren Cooper said it was ‘very pleasing’ to see how well the new centre had been received during its first year.

“It is fantastic to see so many people coming into West Bromwich and long may it continue,” he said.

“We are very pleased with the way the centre has developed and by the numbers which have visited over the past year.

“West Bromwich is now a very attractive location for people across the region.”