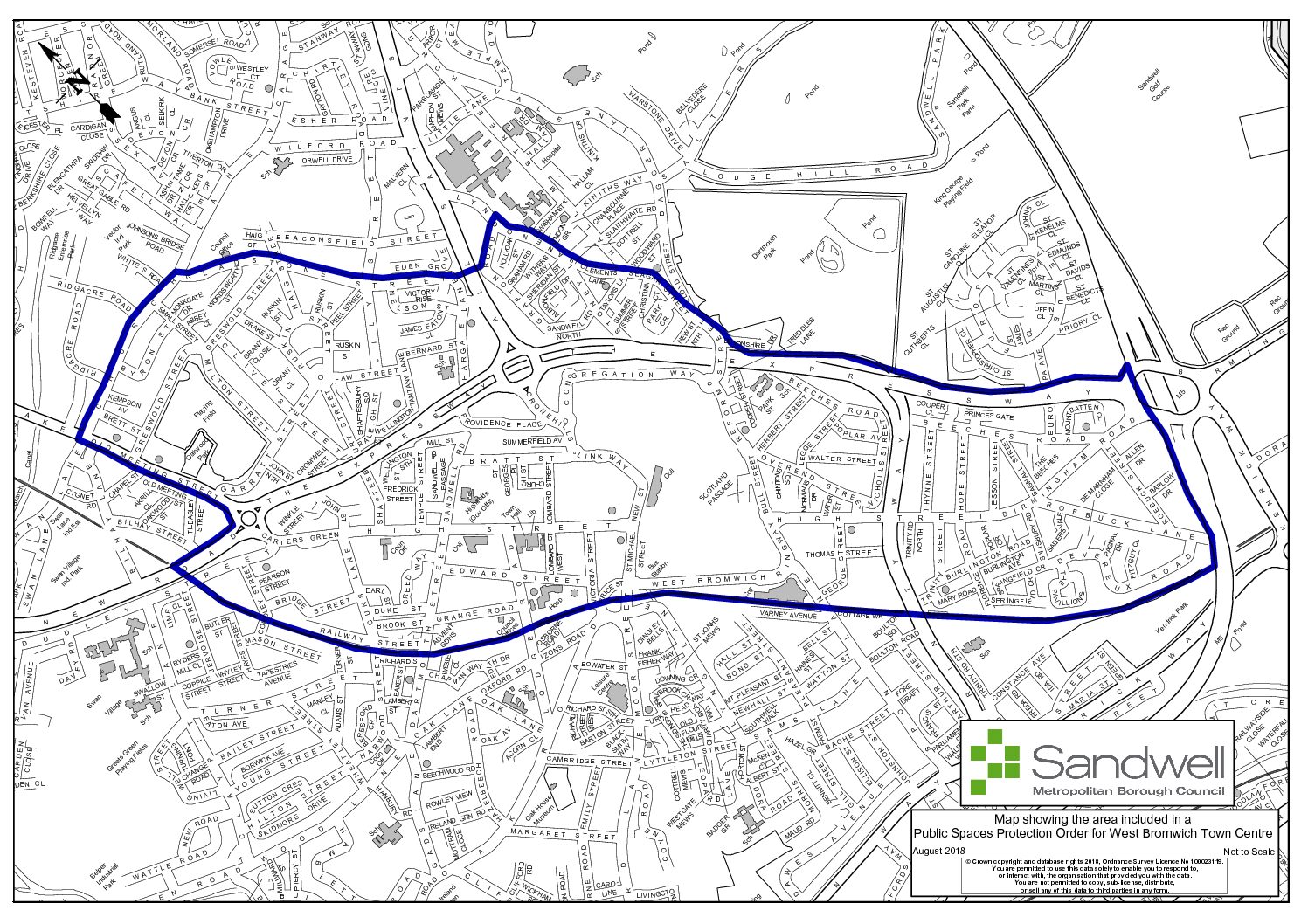 A new legal order is helping the council and police make West Bromwich town centre safer, with reports of disorder cut by more than half.

An update to Sandwell Council’s cabinet says 26 £100 fines were issued during the first three months after enforcement of the public spaces protection order (PSPO) started in October.

During the October to December period, reports of disorder incidents fell by more than 50 per cent compared to the same three months in 2017. Anti-social behaviour reports fell by nearly 44 per cent.

The council is working closely with West Bromwich Business Improvement District (BID), police, public transport operators and other partners including schools and Sandwell College to make the town safer for everyone.

The PSPO is just one way the council, police and partners are improving safety.

Other measures have included:

The PSPO for the town centre complements existing PSPOs in place across the whole of Sandwell that restrict nuisance related to dogs and alcohol.

Councillor Elaine Costigan, the council’s cabinet member for public health and protection, said: “This big reduction in disorder is really good news for the town centre. Hopefully people are getting the message that anti-social behaviour will not be tolerated.

“PSPOs are an extra tool we are using to prevent problems, alongside a wide range of other action by the council, police, BID and partners. We are also making sure vulnerable people and rough sleepers are offered support.”

Together with the police, the council has also warned people, including parents, that they could lose their tenancy if they, or their children, are involved in anti-social behaviour.

This town centre PSPO order bans the following activities within a restricted area:

Authorised council officers, police and police community support officers can enforce PSPOs. Anyone breaching a PSPO faces a fixed penalty notice of up to £100 or a fine of up to £1,000 on prosecution.

This runs for for three years.