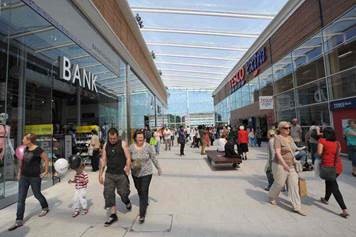 Jobs boost as new shops to open at New Square

Designer clothing retailer Tessuti will open a branch on December 4, which will be their eleventh shop in the UK.

High-street fashion favourite Select has also been confirmed to arrive before the festive season.

“The arrival of Tessuti and Select further strengthens the shopping centre’s reputation as a fashion destination and, with Santa’s Grotto also landing later this month, we’re expecting our busiest Christmas yet.”

In October it was announced that more than a million extra shoppers have flocked to the centre during the course of the past year.